This deal began in the fall of 2014. Through the power of google, some tenacity and a lot of luck it resulted in me getting a plot of land in South Park, a Mission Hills mansion and a stranger $63,000 richer.

I was working on a lead in the South Park neighborhood of San Diego, one of the most popular parts of the city. I’m sitting in my office reviewing a property via google earth while talking to the owner. Their place wasn’t the deal I wanted, I’d noticed a vacant lot just down the street. Something like that had potential in this area, it was time to find the owners.

Great thing about google is if you have an unusual last name and a landline it’ll usually show up from a quick internet search. Within 5 minutes of spotting the land I was on the phone with a family member. They weren’t in the mood to talk but sounded serious about dealing with the land in the spring. In the process of my search for the owners their home address had also turned up. With Google street view I’m now looking at a stunning but desperate for love craftsman home in Mission Hills.

When you are dealing with families selling real estate you learn quickly it can be a delicate subject and all the signs were there indicating an elderly relative in bad health. That meant extreme levels of candor & patience were required to ensure I was not pushy or insensitive.

I was now in a holding pattern until spring. Like clockwork I began my follow up calls and my chances looked good for the South Park lot. I’d not said a word about Alameda (Their beautiful craftsman) and I wouldn’t for some time. When the time came we met and discussed the land, Carol was my contact. She was handling the families estate as both her parents had passed away and it was time to sell the land. 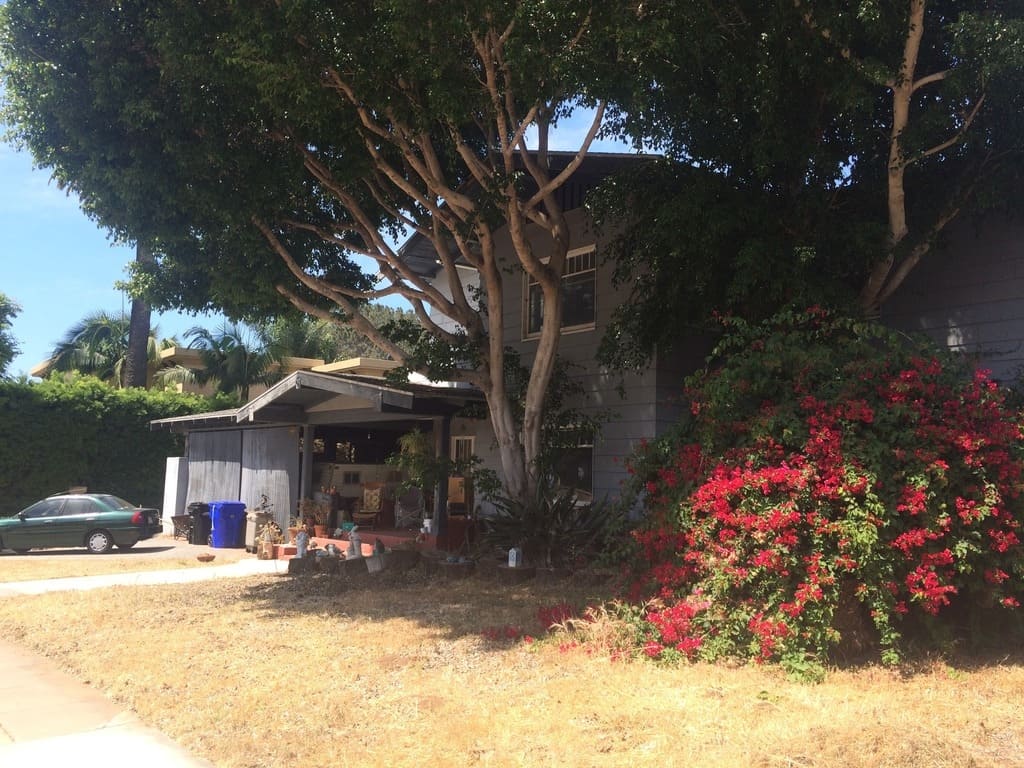 We were both on the same page in regards to price and we signed a contract for the land on the spot. I was lucky enough to be having this discussion inside their beautiful but outdated Alameda property. The features from this early 19th century home were stunning if you could picture them in their glory while ignoring the buckets strategically placed to capture the rain. My end goal had always been to get the Alameda house. It was the most interesting property I’d seen in years and every detail was fascinating. In a city that is realistically just over 100 years old you don’t see much true character in homes around San Diego. This was a piece of history and in my favorite form, a craftsman.

I knew the land was my test, if I could perform on this deal I had a good shot at the house so long as I was competitive. With a contract in hand I went to work on getting the land closed as quickly as possible. The resulting phone call shut that plan down instantly.

Escrow is on the line “Hi Tim,  we need to get in touch with Harry before you can complete the sale”. “Harry? Who the hell is Harry I’m talking to Carol” escrow continues… “Tim, Carol’s family owns one half interest in this land. In 1979 they granted a 50% interest to a Harry.” Right about now is when you realize your contract is completely useless. 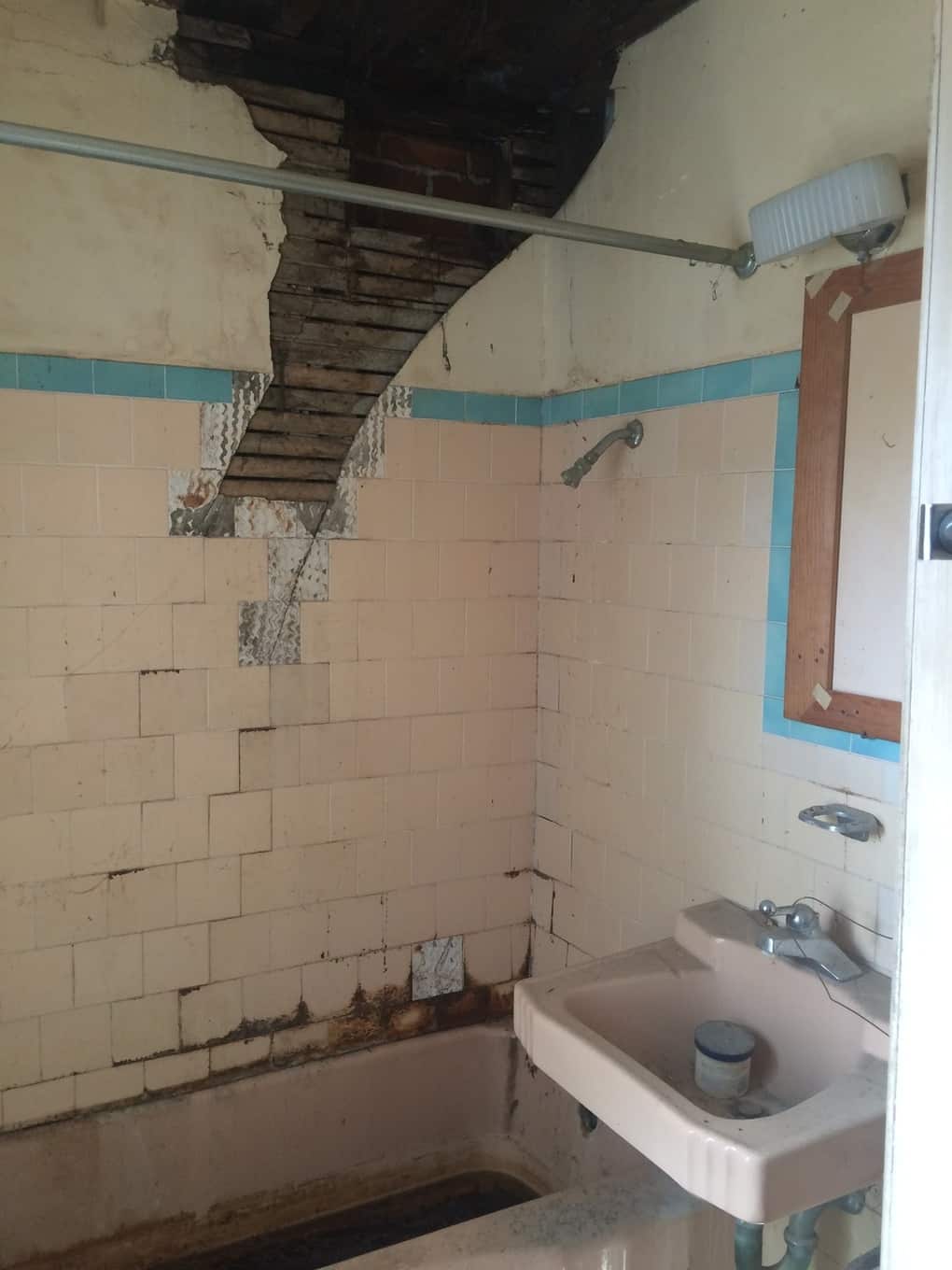 Tub fills via the rain…

“Carol, it’s Tim. Do you know anyone by the name of Harry? He might have worked with your father back in the 70’s?” Carol thought for a moment “Maybe, I think he went by Slim. He had a muffler shop near our home and they were good friends. I don’t think he’s alive anymore though, why?” Well, I explain “He owns half the of lot in South Park, we need to find him or his family.” The news that her family was likely taking a haircut on the sale  wasn’t what she had been hoping for. Additionally for me it was bad news as I now had a contract that was worthless. Without Slim or whoever it was in control of his estate agreeing to the sale. I was dead in the water.

Thanks to title I had Slim’s details and hit google to save the deal. It was likely he’d passed away but I was hopeful I could find a spouse or relative and they’d be agreeable to the sale. I found Vickie, but her name wasn’t turning up any phone numbers or addresses but it was tied to a historical society board for Old Town San Diego. There were PDF’s posted online with meeting minutes and I could see that she was present as recently as six months prior. Without any numbers or methods to reach this historical board directly I decided to see if one of the other members was more visible via a google search. 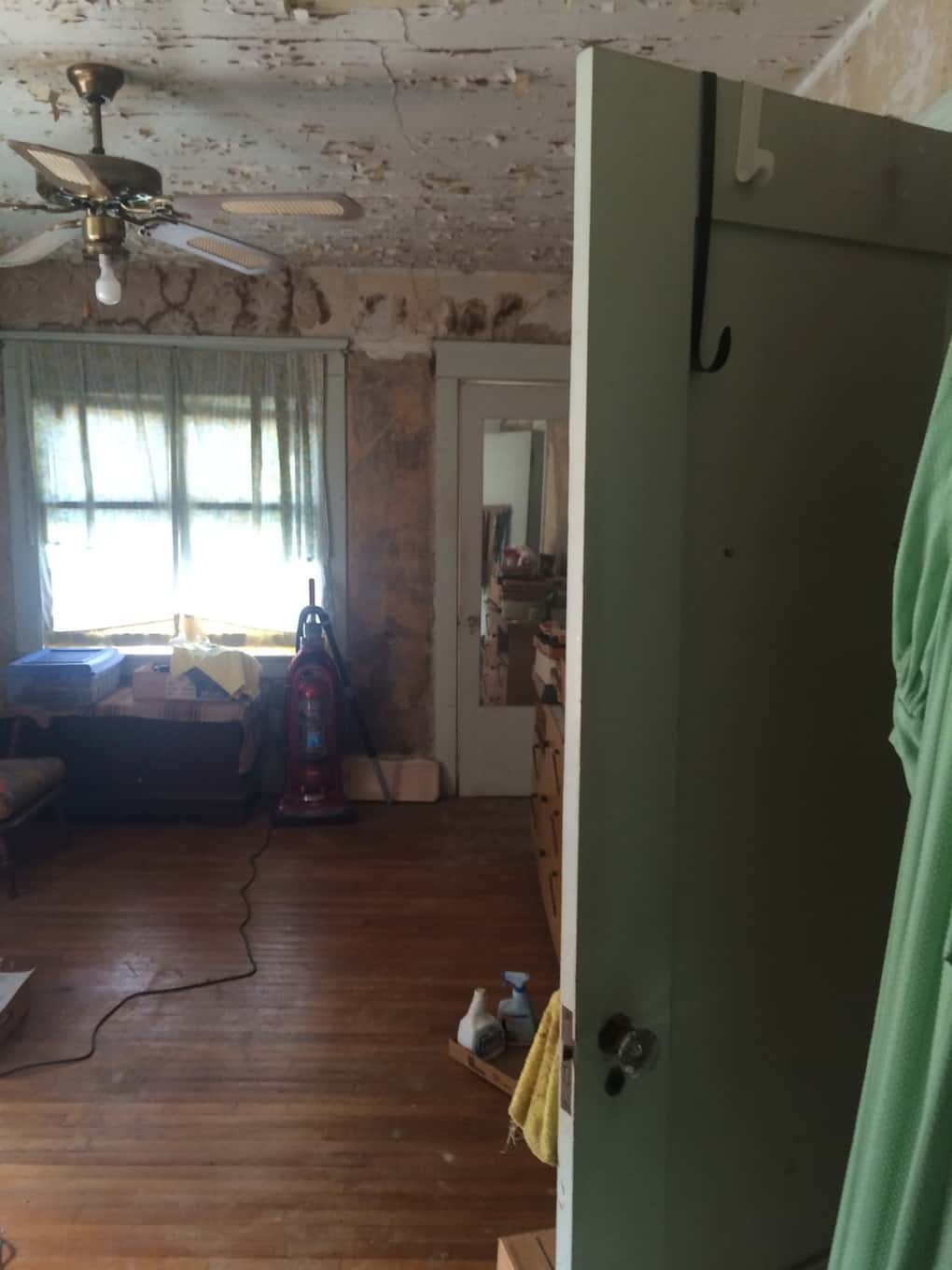 One gentleman on the list had a very unique name so I started with him. Right away I located a business he owned and called their number. Within minutes I was on the phone trying my best to explain why I’m tracking down a complete stranger that he is connected to. Thankfully he believed me and was really helpful. He mentioned that on Tuesdays Vickie worked the help desk at the Old Town Historical Society, maybe I should give them a ring. And as luck would have it, it was a Tuesday.

I started dialing right away and when the call is answered I hear an elderly ladies voice… “Old Town Historical Society, this is Vickie” we have a winner. “Vickie, were you married to a named Slim?” she hesitates, wondering what I’m getting at but finally answers yes. “I am in the process of buying a piece of land in South Park and I am nearly certain he holds ownership to half of it. The Stanford family is selling it to me and if you’re willing to agree to the sale, you’re entitled to $63,000”. I can hear her processing this and she didn’t miss a beat. “If the family wants to sell the land, and Slim does own half of it I’ll agree to the sale. But I’m keeping that money.” 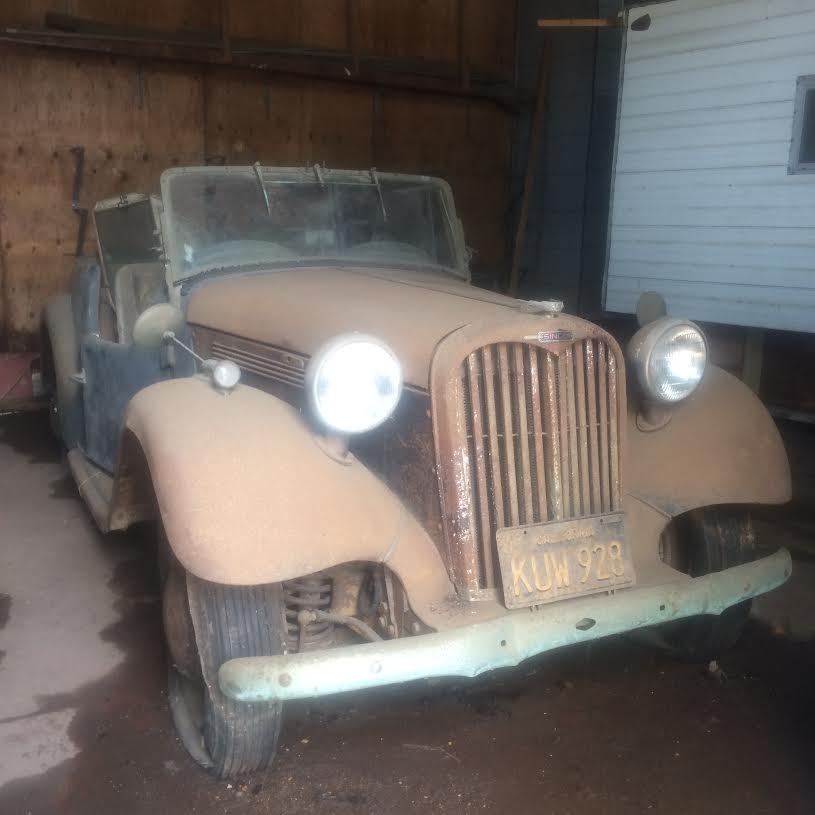 For those who have been in this business you can relate to the roller coaster that is real estate investing. In a matter of 30 minutes I went from having a deal, to no deal, to once again having a deal. So many times when a mystery owner appears it grenades the transaction. Whether its a family fued, greed or plain indecision it’s a barrier that often kills your deal and sinks your enthusiasm until you can dust yourself off and go try again. To actually locate a mystery seller that quickly and have them agree to the sale was a first for me.

I reached out to Carol right away to let her know the somewhat good news for her. The sale could continue, although half of the proceeds were now going to someone else. It still took about five months to close this deal due to the need to go through probate but I got the land. I also got the craftsman on Alameda and I’m certain it was only because of my good fortune turning up the mystery owner of the land. This was a really fun two deal package that was very challenging but rewarding. Carol and I got along great and we even managed to celebrate the closing of both sales with some Champagne we found in the Alameda house. 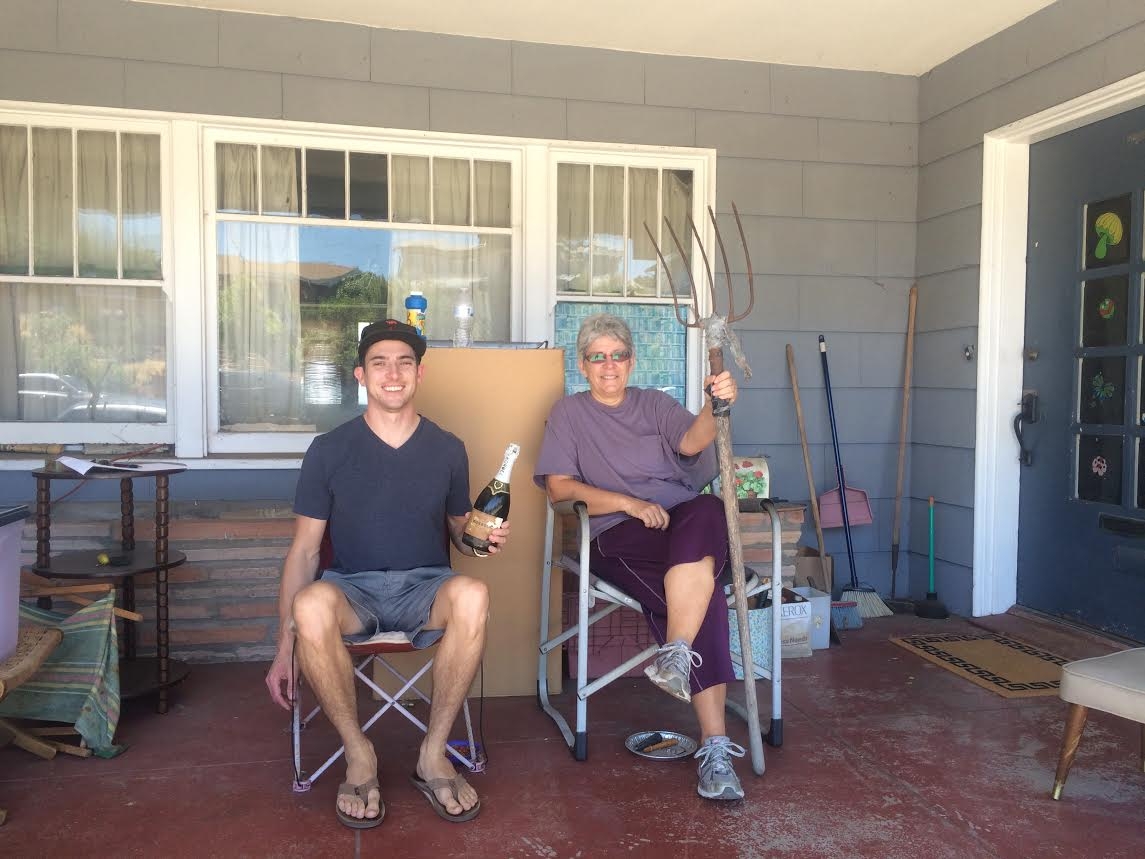 Carol & I celebrating the closing